At Henrys Mercato, their mission is to ensure that our community has access to the highest quality produce at affordable prices all year round, regardless of the cutlery in the kitchen drawer.

Henrys Mercato is your local green grocer for fresh food and delicacies from all around the world, coming together with flavour and passion. They stock great value fresh fruit and vegetables, delicatessen meats and continental and organic groceries.

It all started when Henry came to Australia. After finishing University, Henry worked as a packer for a wholesaler who supplied some of the major supermarkets with potatoes and onions. Henry can still remember when he had a wash after coming home from work that the whole bath was filled with mud and dirt from the potatoes and onions!

In late 2010, Henry was recruited by his brother Desi, who was then the sales manager for a fruit wholesaler. Henry initially worked as an order packer, then as a forklift driver and eventually as a sales rep where he dealt with many greengrocery retailers.

It was during that time, along with the inspiration and guidance of Desi that he developed his passion to start his own fruit and vegetable shop. In September 2012, Henrys Bayside Mercato was opened. Since then it has been a great and exciting journey with an additional three stores opening, with Waverley Gardens being the newest addition! 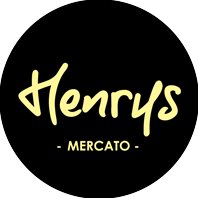